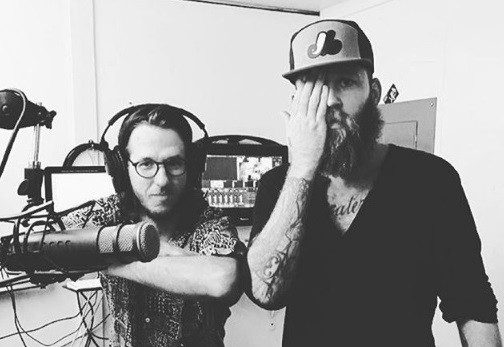 Two DJs for hours of music !
Since 2008, Chances With Wolves share eclectic playlists of weird, rare and forgotten sounds, back then on East Village Radio and now on The Lot Radio.
Their tracklists are a goldmine for any music lovers. Filled with soul, R&B, rock&roll, funk, reggae, they are completely unconventional, for our greatest pleasure.
Brooklyn-baised Kray and Kenan tell us the story of Chances With Wolves.

// When did you guys meet and when did you decide to make this radio show ?

KRAY - We grew up in the same neighborhood in Brooklyn and ending up working together in a music venue called Southpaw. We used to compete, kind of, to make cool playlists to play between the bands or afterwards.
We got tapped to make a radio show for East Village Radio and I don't think we had thought much of it at the time. We had no idea it would eventually take over our lives.

// Can you tell us more about the idea you had behind it when you started ?

KRAY - I knew I didn't want it to have a Genre. But I wanted it to have a vibe. At the beginning I was really into "haunting beauty" - that was the vibe. But really I think I just wanted it to sound like a great mixtape. The kind I would make for girls I loved. Beautiful music you never heard. It evolved a lot over time though. We figured it out as we went along.
"Familiar/unfamiliar" is another phrase we used a lot at the beginning, which is why the strange cover-versions were so important: it draws you in w/ familiarity but retains that thrill of the unknown.

KENAN - It's really Kray that had the original concept as far as the aesthetic. Up to that point, while my tastes are super eclectic, the way I thought about DJing was more traditional. Like I have my records organized by genre/etc., couple months into doing the show all that went out the window. 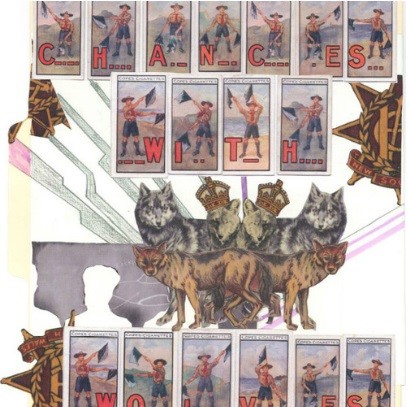 // Can you explain the name Chances With Wolves ?

KRAY - It's from a movie. We had the wolf howl on our little sampler and we used it jokingly on our demo episode and it stuck.

KENAN - I started using the HOWL effect as like an answer to all the DJs who were using the Airhorn effect at the time. I thought it was just a funny thing to do when I was playing live. So when we started the show it kinda came along and then became a huge part of it. 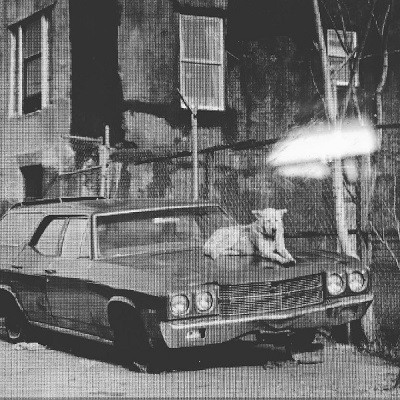 KRAY - We're itinerant disc jockeys now. We've been recording all over, wherever we can. It has made the output less scheduled and consistent, but also keeps it interesting. Lately we've been recording at THE LOT - which has been really great but we still have no set schedule.

KENAN - Right and that's also the cool thing about the Internet. People can still listen live, but really the shows live on our site, so if you go there you can listen forever.

// Do you prepare all tracks in advance or do you challenge yourself every week ?

KRAY - We just collect all week. Listen to stuff. Digitize records. Make folders and/or piles. And then we just show up with a bunch of stuff and hope for the best. Sometimes I wish we planned more (because the shows never come out as good as they *could be* in our minds) but I'm also sure the spontaneity adds something. Je ne sais quoi.

KENAN - Yeah and some weeks we are more prepared than others, but we never go in and just wing it. We also have this rule that we won't repeat anything, so in order to make our best effort to follow that,
we have to check the songs we bring against all the song we've played before, which takes time. Honestly, if we don't feel ready to say "we're not going to do the show this week".

// You play a lot of hidden gems, covers, and you never play the same track twice ! It must be an intense research work ! How and where do you find all these tracks ?

KRAY - Tons of research. Lots of luck. Still digging in dusty basements and back rooms but we couldn't do it w/o the internet. Some records are impossibly rare but if we can get a rip from a gracious fellow traveler we can play it on the show.

KENAN - We also feed off each other. One of us will discover an artist, play a song one week, and the next week the other guy comes back with a whole bunch of music by or related to that artist. You know, it's like we open up little portals of discovery for each other. 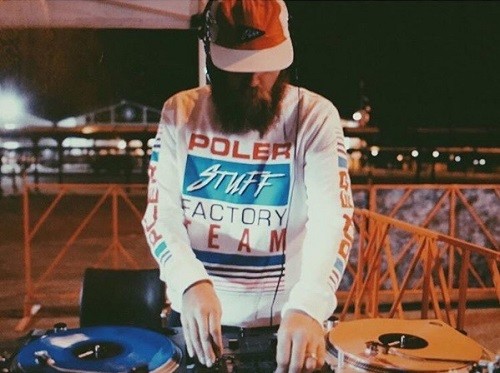 KRAY - Nah. There not all in one place anymore. Different storage spaces.
Been thinking about auctioning some off.

// Do you remember how do music come into your life ?

KRAY - Pops sitting in his underwear in the living room listening to records on Saturday mornings.

KENAN - There was always music! My older sister had a cool record collection, my parents listened to music all the time. I also remember music pumping out of cars when I was a little kid..."When doves cry" and "King of pain", and a lot of Latin music when I was a kid. Also in the 80s there were literally dudes walking on the street with boom boxes; like that was a pretty normal thing. So snippets of things that way. RUN DMC, UTFO, Kool Moe Dee, LL Cool J, Those were the hot records at the time.

// You both grew up in Brooklyn. Were you into or involved in any musical scenes when you were young ?

KRAY - Hip Hop was everything. It was life in NYC in the 1980's and 90's.
It wasn't a commodified product or musical genre. It was a living culture.
I only started getting records so I could make beats out of them.
I was in a bunch of different rap groups and released some records and performed all over.

KENAN - I played jazz music for about 10 Years but realized I absolutely did not have the talent or discipline to take it to the next level ;-/ 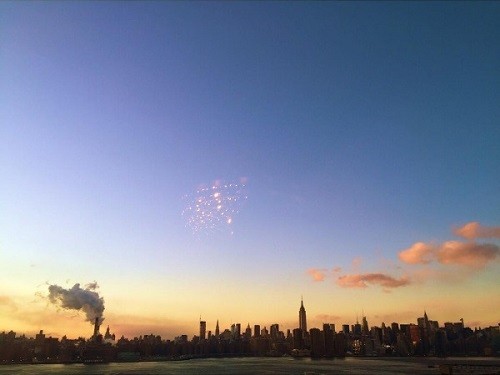 KRAY - Trying to move to France. You know any radio stations that are hiring?

KENAN - I bought a house in Detroit a few months ago and I split my time between there and Brooklyn.
I love NY, but living here was getting tough. I appreciate it more now that I'm here less.

// What are your favorite record stores in New York ?

KRAY - Our dear friend Bene's shop in Red Hook Brooklyn.
Great records and you can have a shop beer and hang out there. 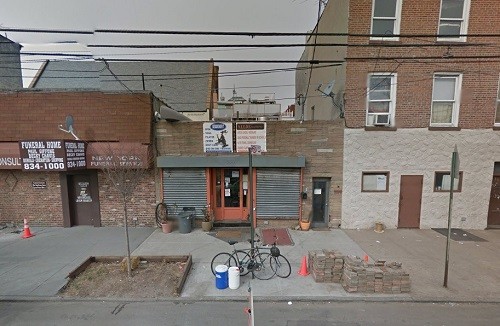 KRAY - The middle of the desert? A sweaty house-party basement?
A cool night on the porch of a cabin in the woods?

KENAN - Oh and Paris would be nice. Can we come to Paris?