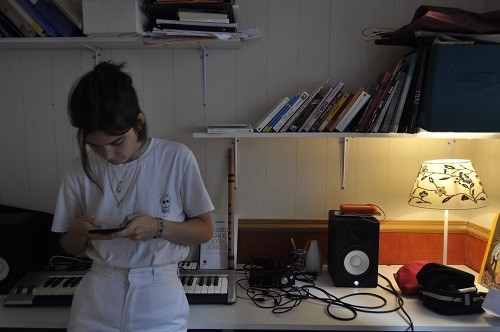 Hailing from different parts of France, La Femme are an intrepid gang of five men and one woman, spreahead of the revival of the French scene.
Their music, which they've continued to evolve over time, would be hard to pinpoint. Blending genres from cold wave to surf music, always with layers of hypnotic synth and mesmering voices, they craft narrative and conceptual songs.
Now all based in Paris, we took a trip down memory lane with singer and keyboardist Clemence to bring back memories of her youth spent in Tourraine and Brittany.

In an apartment in North-East Paris. I like this area, I like walking along the canal. When I first came to Paris 7 years ago I lived in the same building.

// Why and when did you move here ? where are you from originally ?

I moved 7 years ago. I was living in Quimper in Brittany during high school. It is a pretty town but very tiny and boring so when I got my baccalaureat, I wanted to escape for the capital. I needed something new. I’ve had the feeling that something will happen there. I started literature studies, and then after a few months I met the band I’m in.

// What did your childhood home look like ? What’s special about the place you grew up ?

During childhood I lived in a little town near Tours (37). I lived in a pretty big house with a big garden. We are 4 children and each one had his own bedroom upstairs which was connected by a kind of open space where we had our little living room with a tv and games and toys and photos from our family holidays. I remember each bedroom had a color that we chose, mine was green and it’s still my favorite color. We were not allowed to come inside the bedroom of my big sister. My neighbour was an old and crazy man living with his goats in an old castle with a chapel where he put his chicks. He was driving an old Coccinelle car, so old that it was all covered by moss.
In the garden we had an apricot tree, a cherry tree and a peach tree and beautiful roses, it was very peaceful and I keep very good memories from this period. (I was very sad to move to Brittany).
It was quiet, so I could bike or do roller everywhere safely. My best friend was living 4 blocks away so I could see her everyday after school or during week end. Also there was a house that had burnt a long time ago that we used to simply call « the burnt house ». I don’t know why, but for us this was the frightened area, and when we wanted to have a scary evening we used to go there with the older children of the neighbourhood and listened to stories of Ghost or white lady.

// What fascinate you the most about Paris ?

I think Paris is one of the most beautiful cities I’ve seen. I like the fact that you can cross it easily it’s not too spread out, it is like a village , you can easily go from one point to another, going back home by walk at night. Everything is quite close. Not like London or Berlin. I like that there is café with terrace everywhere.

I would like to see paris like a Tourist. I’ve never been on the Eiffel Tower for example. 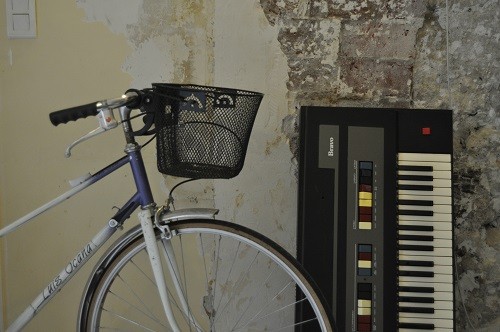 // What do you like about Paris at the moment ?

I’ve a bike and its sunny. So I don't take the metro and it feels nice.
I love crossing Paris with my bike . I discover streets or area I’ve never been. I feel like a super hero .

// How do you view the opportunities for making and recording music in Paris ?

I think Paris is not the best place for creativity. I prefer escape to the countryside where your mind can set up. But Paris is cool to connect with people and start playing music.

// What’s the best thing about playing in La Femme ?

It’s one of the best band ahah :) Also guys became true friends and I love touring with them, each of them is special and they are funny - We have the chance to travel a lot, going on tour in Mexico, United States or Asia. 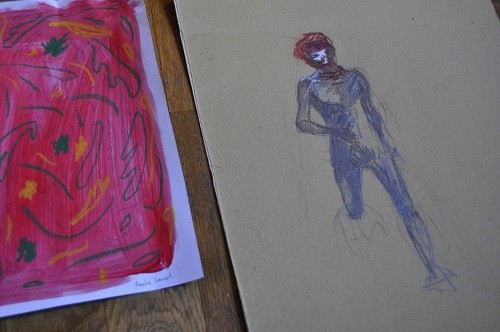 // What are the things you enjoy the most about touring ?

Meeting people, new countries and new music, new food also ! Disconnecting from the daily life. It’s also an inner travel. When you dont have your roots, you go deep inside of you and you learn about yourself. It makes you grow up. 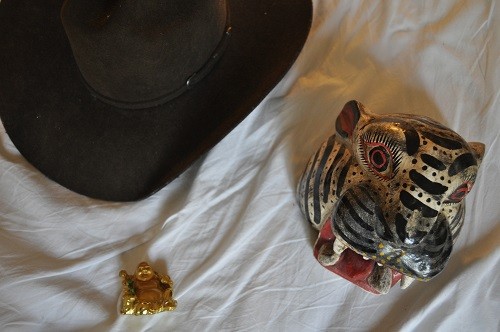 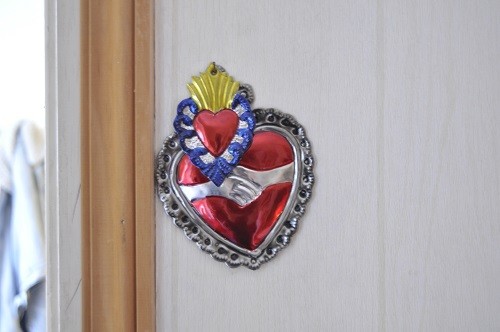 // What are your best and worst memories from tour ?

The worst was maybe when I got ill in United States during the 3 months tour 3 years ago. It was the beginning of spring and it was very cold in New York. We could only take one cabin luggage, so we didn’t take big coats and we were freezing. I got very ill with big fever. We were travelling in a van and I was staying at the back, covered by a military sleeping bag and a mountain of fabrics. I was like the plague at the back of the van. It last 1 week, and I had to be good at shows everynight. I remember one, I jumped down from the van to the stage with my sunglasses on, my cap, my pyjamas, my red nose and my scarf, all around my face. I started singing but nothing came out, no more voice and no more ears due to the fever, so I just tried to dance the best that I can and it was an horrible moment. 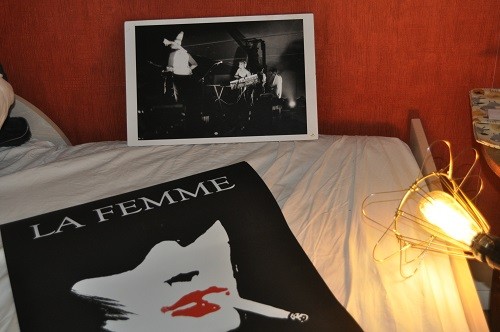 // What do you appreciate the most when you’re back from tour ? do you feel some sort of emptiness ?

When I’m touring for a long time I just want to come back home and feel lonely, or with my friends, but when I’m back after some days I want to go on tour again. It’s a hard balance to find.

// What do you like the most about your home ?

// What’s your favorite object or piece of furniture ?

I like my reading lamp, which is my birthday present from my best friend.
It gives a peaceful and warm atmosphere. It’s an old filament bulb.

// If you could live anywhere in the world, where would it be ?

In Chile ? or Brazil ? Maybe in Italia, maybe a bit everywhere